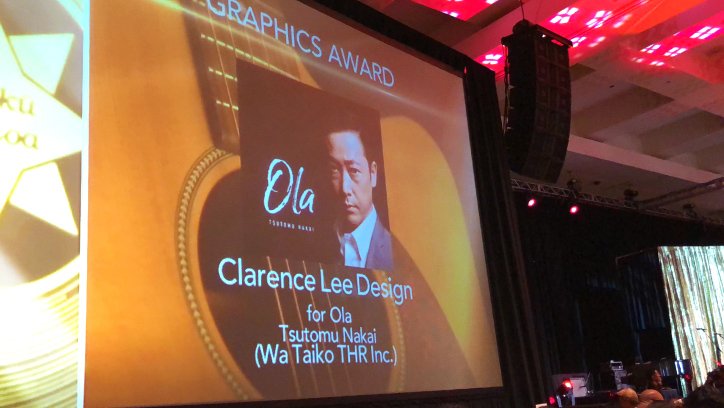 The Nā Hōkū Hanohano Awards, the premier music awards in Hawaii, were held at the Hawaii Convention Center on May 25th, 2019. Over 1500 fans of Hawaiian music gathered at the venue. The venue was fully occupied, and there were big cheers coming from the audience every time a winner was announced. Between the award announcements, there were many collaboration performances from artists of various music genres in Hawaii.

Tsutomu Nakai has been active as a Japanese Taiko (drum) player in Hawaii, and his 2nd album “Ola” won the graphics award for the best album cover design. Clarence Lee Design, who was in charge of the design, was also commended alongside Mr. Tsutomu Nakai. 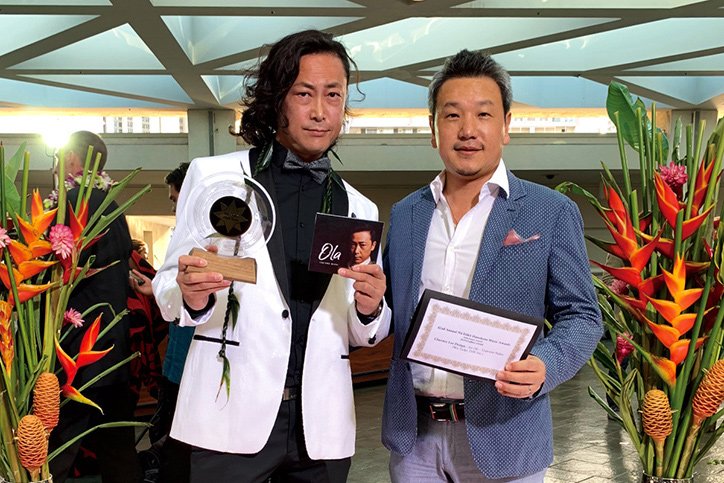 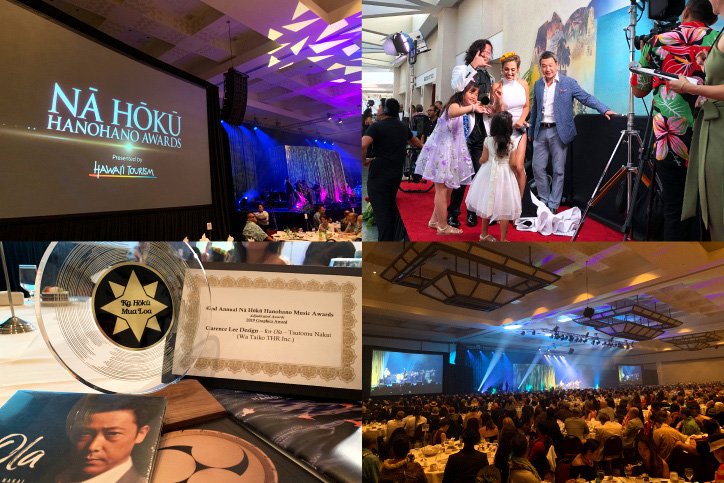 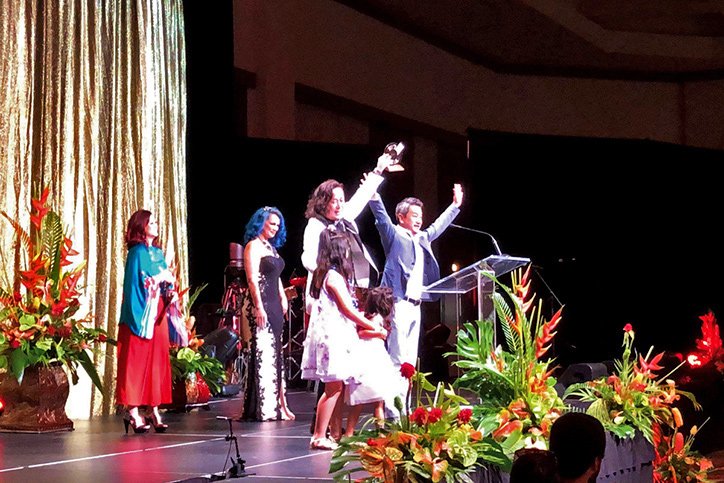