There are three flavors which target current health conscious minded consumers in Hawaii and the US mainland. Both the Green tea and Black tea are lightly sweetened while keeping its own tea flavor. The Milk tea has well-balanced tea and milk blend flavor.

The new brand “ITO EN TEA” package was designed by Clarence Lee Design. The design encompasses a unique modern Hawaiian design feel combined with an original Made in Hawaii product which embodies a matching taste that unifies both the visual and taste senses of the consumer. ITO EN’s new drink series has been well accepted by buyers and consumers thus far. 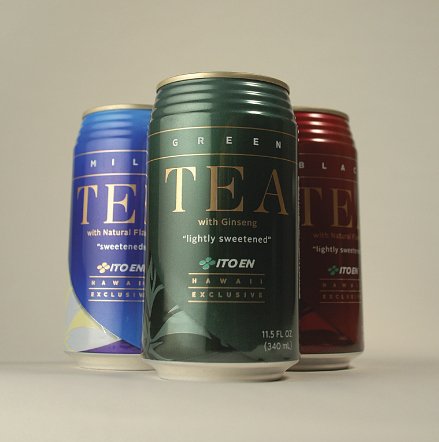