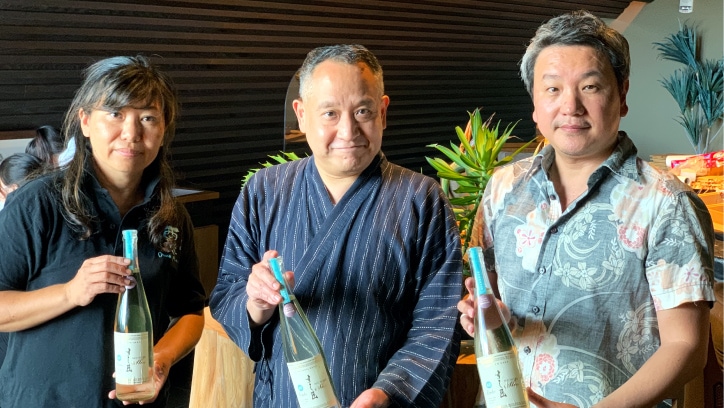 Made in Hawaii sake “SUSHI SHO” is born! Supervised by “Sushi Sho” chef Keiji Nakazawa, who is said to be the most influential Edomae sushi chef in Japan!

Islander Sake Brewery, a sake brewery revived in Hawaii for the first time in 33 years, has collaborated with the very popular sushi restaurant “Sushi Sho” renowned for its repuation of “hard to get reservations” in the Ritz-Carlton Waikiki Beach. Under the supervision of Sushi Sho Chef Keiji Nakazawa, the two brands collaborated to create Made in Hawaii Sake “SUSHI SHO” which debuted in July 2021. On the volcanic belt of Oahu, there is the Koolau Mountain Range in northwestern Honolulu, where the rain is slowly filtered into the lava ground over a period of about 25 years. This abundant Hawaiian water and Kimura-style naturally cultivated Omachi rice that is grown without pesticides and fertilizers in Kurashiki City, Okayama Prefecture were used after polishing 60%. This sake is rich and crisp which goes well with sushi. 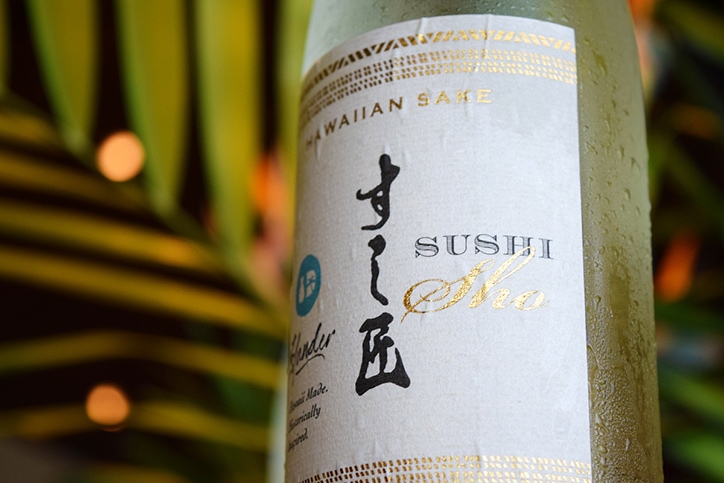 Brewing in Hawaii and drinking in Hawaii has meaning. “Sake that makes you happy” uncompromisingly made by two craftsmen.

The project started in response to Ms. Takahashi, a brewing researcher and owner of Islander Sake Brewery by Mr. Nakazawa’s desire to “support the sake brewery that has revived in Hawaii and to create sake that can only be made in Hawaii”. There are various ways to enjoy liquor, such as aperitif, during meals, and digestif. They aimed for “Sake that goes well with sushi during meals” and kept with repeated discussions on this topic. The conclusion they finally reached was “Enjoy the drink in Hawaii, where it was made, and feel the soft breeze that blows through the island”. Therefore, by using No. 6 yeast, which has strong fermenting power, for Kimura-style naturally cultivated Omachi rice, they realized the rich flavor that has sweetness and aroma of the rice comes first during the meal, and then the taste of sushi remains. In addition, they are particular about enjoying the drink “raw” which is the best condition in Hawaii. 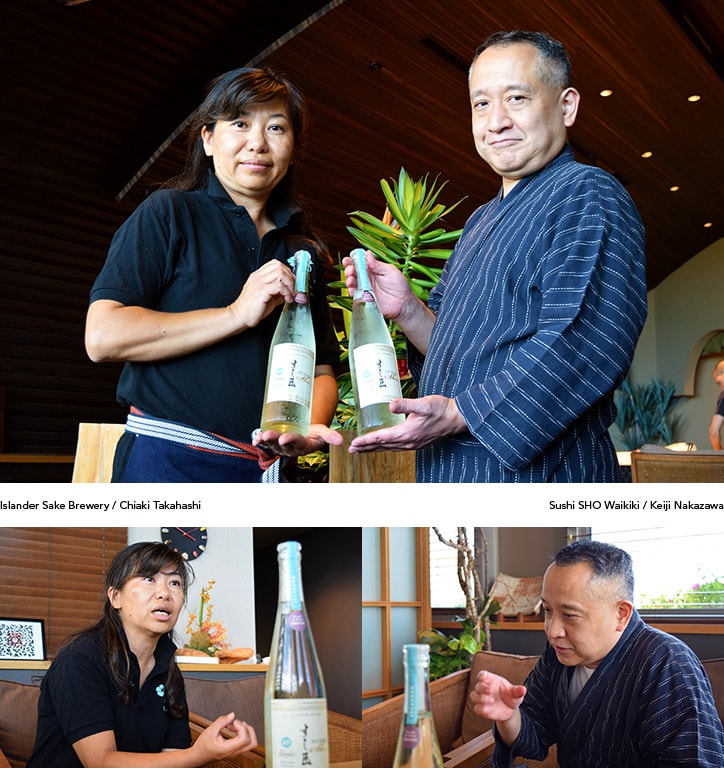 The sake “SUSHI SHO” produced by these two craftsmen uncompromisingly can only be tasted at Sushi Sho Waikiki. Feel the Hawaiian breeze by tasting it with sushi made from Hawaiian ingredients. 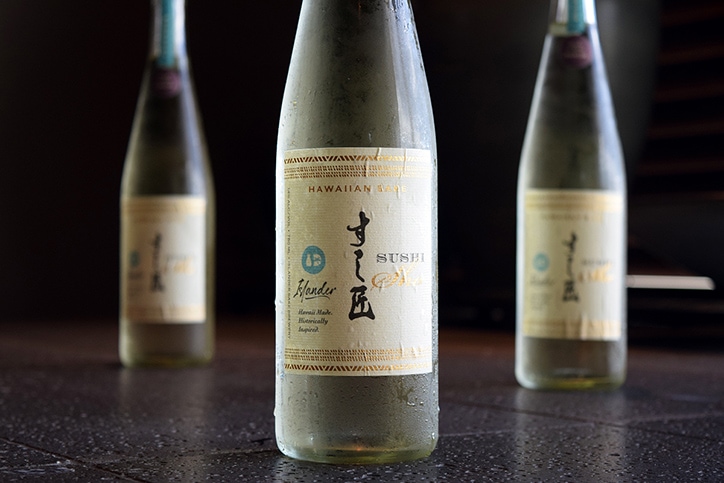 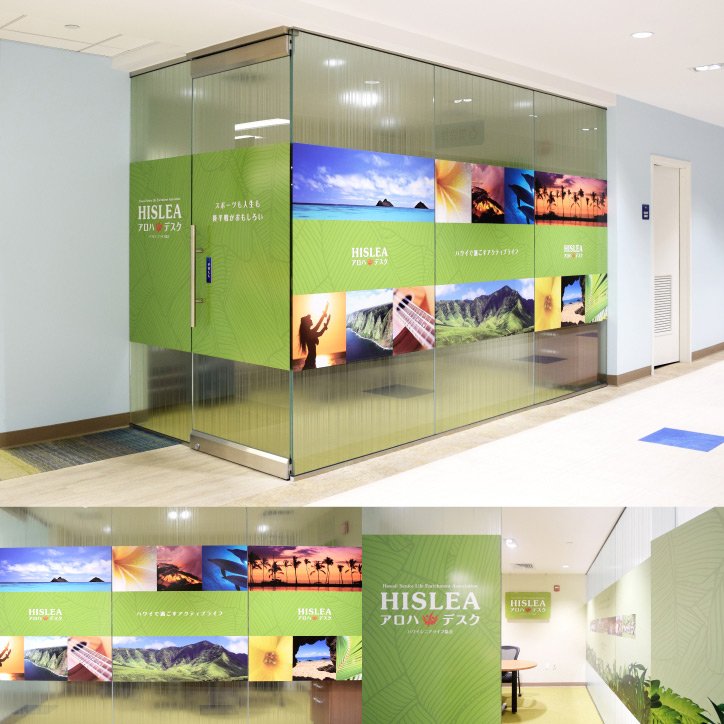