Upon launching his own law office, Mr. Go Kobayashi needed a distinguished brand image that expressed the company’s philosophy well and of which differentiated his from the competitive industry in Honolulu. He named his law office “Go Law Office LLLC” after his last name, where he provides law service focusing on America’s M&A, commercial law and immigration law.

A strong symbol that conveys the slogan intuitively throughout the office's tools to make a good business start.

The symbol has the client’s name “GO” as its motif, and its arrow represents the law office’s slogan “Let’s go! For your Hawaiian Dream” which conveys Mr. Go’s passion of making his client’s dream and success become a reality. At the same time, the infinite loop expresses Mr. Go’s endless support for the 3 key features of his service; “Communication, Response, and Price”. The symbol has a friendly feeling with its rounded features, while the simple modern taste brings a professional impression, and it was expanded into business cards, signage and website to establish its concrete brand image.

A business card is the first tool that interacts when first meeting. We used linen paper with an embossment to give a professional impression.

We made a multilingual website to acquire new customers of both English and Japanese speakers whom the company mainly target towards.

The metal logo sign will give a reliable impression while the warm beige painted wall gives a friendly feel when customers visit the office. 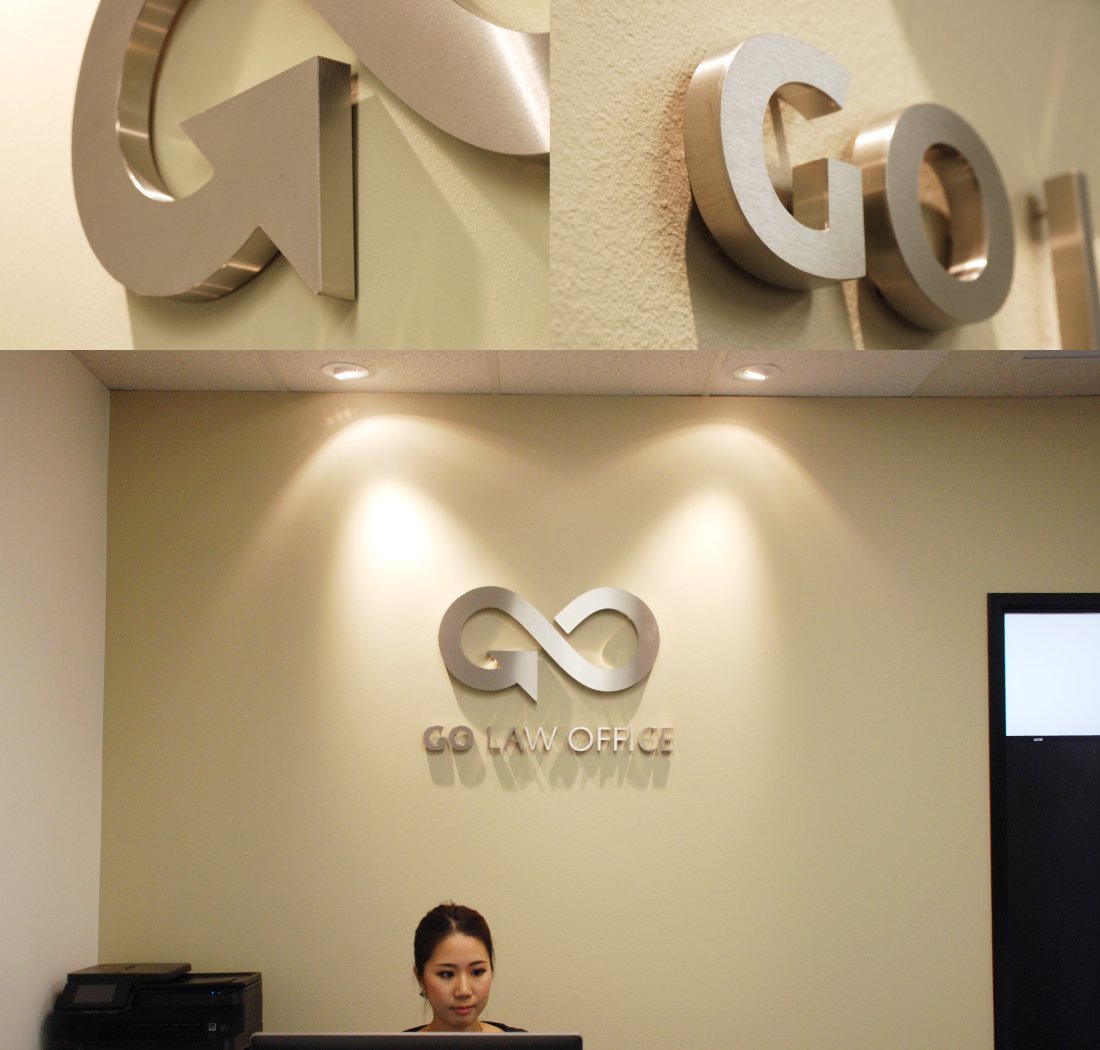