Travel agencies in Hawaii have been using the same trolleys for visitors. To celebrate its 100th anniversary, the Japan Travel Bureau (JTB) decided to make their new original road vehicle “The Whale – ‘Oli‘Oli Walker” which replaces the former ‘Oli‘Oli trolley. The goal was to create a bus that would be appreciated by their main target, families with children, while raising the added values of the service brand ‘Oli ‘Oli at the same time.

Successfully raised the added values through branding with effective use of the characters from Hawaii.

We aimed for a strong impact and differentiation from other companies by creating an original bus “‘Oli ‘Oli Walker” of which the frame and wrapping is shaped of a whale. By expanding the Hawaiian themed characters as the brand mascots throughout the entire tools including the buses, airport counters, character costumes, uniforms and novelties, the branding quickly showed success as its brand image progressed into the actual meaning of the Hawaiian word ‘Oli ‘Oli (fun, happiness). 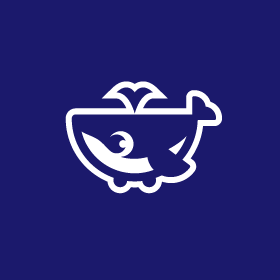 The buses are separated by color between blue, red and green depending on their routes. The whale shaped bus with the characters is popular amongst families with children.

At the airport where many travel agencies line up, an eye-catching counter with the characters becomes a helpful landmark.

Character costumes and promotional stuffed dolls that will
welcome visitors to the ‘Oli ‘Oli station and events.

Once you exit the Daniel K. Inouye International Airport,
the ‘Oli ‘Oli team welcomes you with the spirit of Aloha.

Character goods such as fans, stamps, post cards. Wall graphics inside the station where visitors can take photos with the characters.